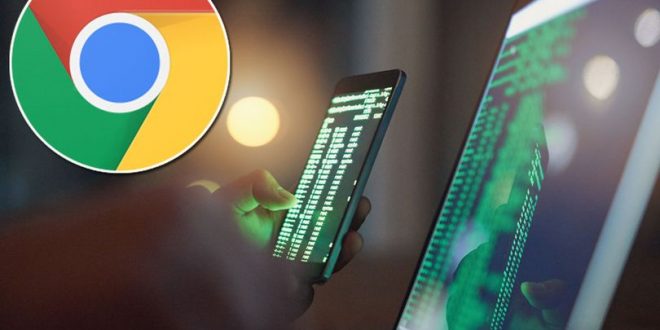 Warning: There’s a fake update page for Google Chrome which can install malware on your device. Here’s how you can spot if your update notification is the real deal

NHS Covid-19 app: How to install and use it

It’s one of the most popular web browsers around the world, but if you use Google Chrome, make sure you’re wary about any updates.

Researchers from Proofpoint have warned about a new scam that could let hackers hijack and empty your bank accounts.

The scam works by using a fake Google Chrome update page that can download a hacked file and install malware on your computer.

Worryingly, once downloaded, the malware can either steal money from your accounts, or let hackers hijack and control your computer from anywhere in the world.

Sherrod Degrippo, a researcher at Proofpoint explained: “While this technique isn't new, it's still effective because it exploits the intended recipient's desire to practice good security hygiene.

"Keeping software updated is a common piece of security advice, and this actor uses that to their advantage.

"These campaigns illustrate that malware and threat actor tactics don't have to be novel to find success, even in today's rapidly changing threat landscape."

So far, thousands of people have been targeted in the UK, US, Canada and Europe, according to Proofpoint.

If you’re worried about fake Google Chrome updates, thankfully there’s a simple way to make sure any suggested updates are legitimate.

This is a modal window. This modal can be closed by pressing the Escape key or activating the close button.

Share: What are YOUR chances of being hacked through security flaw?

What are YOUR chances of being hacked through security flaw?

WHAT ARE YOUR CHANCES OF BEING HACKED THROUGH SECURITY FLAW?

How to check a Google Chrome update is legitimate

How to update your Chrome

Previous NHS Covid-19 app: How to install and use it
Next Have You Tried Microsoft Teams?